Today, Levy Konigsberg won a major victory for mesothelioma victims and asbestos workers. In the Fowler case, the New Jersey Supreme Court reaffirmed that that a product manufacturer cannot escape liability when it fails to place adequate warnings on its product. In this case, the product manufacturer argued that it was enough for the manufacturer to merely provide safety information to the worker’s employer. The highest court in New Jersey disagreed in this major win for Levy Konigsberg’s client and for worker safety.

Levy Konigsberg, which is considered to be the nation’s premier mesothelioma law firm due to its extensive experience and case victories, and Attorney-Partner Amber R. Long who handled the trial and appeal that reached this historic outcome. The claim was initiated on behalf of Thomasenia Fowler as the administrator of the estate of her late husband Willis Edenfield. With the representation of Levy Konigsberg and Attorney Long, she initiated a wrongful death/product liability action against Union Carbide, a manufacturer and supplier of asbestos.

During his 40-year career at an adhesive manufacturing plant in New Jersey, Willis Edenfield regularly handled asbestos products and materials manufactured by Union Carbide. The evidence proved that Union Carbide failed to warn him about the hazards of handling asbestos and the risk of mesothelioma. The trial court charged the jury that, to fulfill its duty to Edenfield, Union Carbide had to place adequate warnings on its asbestos bags and provide warnings and information about the dangers of its products to the employer to then be provided to Edenfield. The failure to provide adequate warnings through either means, the court instructed, would constitute a breach of Union Carbide’s duty to warn.

The jury found that Union Carbide breached its “duty to warn” and was liable for causing Edenfield’s disease and death. The court made clear that Union Carbide could be held liable either for failing to place adequate warnings on its Calidria asbestos bags or failing to disseminate adequate warnings and information to the employer. The jury found that, although Union Carbide provided adequate information to the employer, Union Carbide failed to warn Mr. Edenfield directly by placing adequate warnings on the product itself (i.e. the bags of asbestos). The New Jersey Supreme Court ruled that Union Carbide is liable and upheld the verdict, which makes clear that product manufacturers must place proper warnings on their products, regardless of the information they provide to the employer. This landmark case puts worker safety first by emphasizing the importance of adequate product warnings. The decision will be important for other workplace-related mesothelioma/asbestos lawsuits that follow, and will help promote the safety of products that are distributed and used in industrial workspaces in New Jersey. 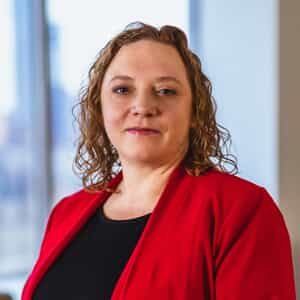 “This is an important win not only for Mr. Edenfield’s family, but for the health and safety of the workers of New Jersey. The Supreme Court reaffirmed that manufactures of dangerous products cannot evade liability when they fail to place adequate warnings on those products and injure innocent people. As gratifying as it is to see Union Carbide held accountable by a jury and by New Jersey’s highest court for its part in causing Mr. Edenfield’s mesothelioma, it is equally as wonderful to have secured this huge victory for public safety and workers’ rights in New Jersey.” – Attorney Amber R. Long

Levy Konigsberg has been working on complex mesothelioma litigation throughout the U.S. since the 1980s. Our legal team has been able to secure numerous important victories for mesothelioma clients and asbestos workers throughout those years, and we are proud to say that this recent ruling in the case against Union Carbide can be added to that history. If you want to know more about this case or think you have a mesothelioma claim of your own, please reach out to our firm now by dialing (800) 315-3806. You can also read the full legal syllabus about this recent case by clicking here.