Jackson, Mississippi -- At the peak of the ongoing water crisis in Jackson, Mississippi, hundreds of families gathered at the Mississippi Children’s Museum this week with attorneys and staff from the Levy Konigsberg law firm. The night allowed local families suffering from the water crisis to enjoy a family-friendly night at the museum while also receiving an update on the water contamination lawsuits filed in federal court. Levy Konigsberg and its Mississippi co-counsel, Chhabra & Gibbs are handling this litigation on behalf of thousands of Jackson residents. The lawsuits focus on widespread lead poisoning from the water that has harmed large numbers of children in Jackson. 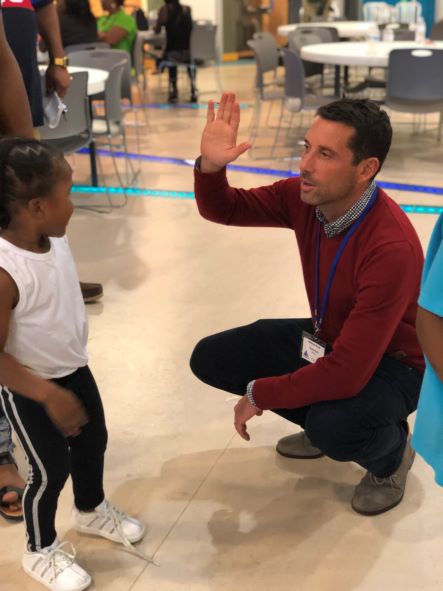 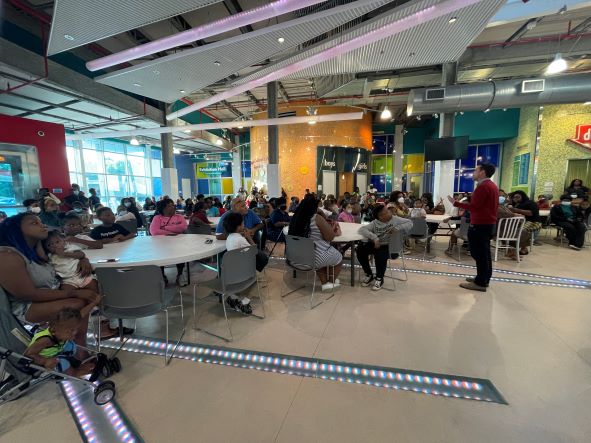 Nearly 1000 children and parents from the capital city joined Levy Konigsberg and its team at the museum. Attendees enjoyed pizza from Sal and Mookie’s and interactive exhibits. Parents were able to talk to attorneys about the status of the federal lawsuit that has been brought against government officials and private contractors that caused the water in Jackson to be contaminated with toxic lead.

On August 29, 2022, Mississippi’s Governor Tate Reeves announced in an emergency press conference that the City of Jackson’s public water system was on the brink of total failure. The state and the city launched a massive campaign to get drinking water to residents while the government worked to repair the historically neglected system. Residents were without water pressure or treated drinking water for weeks.

As of September 15, 2022, the latest boil water notice was lifted after it was initially implemented back in July 2022.

These most recent events are part of the same systemic problems that resulted in documented lead contamination in Jackson.

The water system’s August 2022 failure is the latest chapter in an on-going water crisis in Mississippi’s capital city. Levy Konigsberg brought a lawsuit against the City of Jackson, its leaders, and the Mississippi State Health Department almost one year ago.

“What’s happened in Jackson has made national news, but we’ve been here since October of last year. We’ve been researching and studying the problems in Jackson for the last five years,” said Attorney Corey Stern.

In 2013, Jackson leaders first became aware of a dangerous increase of lead in the system but did nothing to implement life-saving water treatment or prevent the crisis from worsening. By 2015, the city had violated federal regulations when the levels of lead jumped to nearly double federal limit. City and state leaders made the choice to keep this information from the public until January 2016. As a result, parents and their children were drinking water laced with hazardous levels of lead for years without knowing it.

PERMANENT DAMAGE IN CHILDREN FROM LEAD

Once a young child is chronically exposed to lead in drinking water, there will be lasting cognitive damage from the effects of toxic lead poisoning on the developing brain. Unfortunately, the devastating effects of lead poisoning have already spread throughout the Jackson community. As stated in the federal complaint filed by Levy Konigsberg: the children “have and will forever suffer cognitive deficits, […] reduced earning capacity compared to [their] peers, and […] will feel shame throughout their lives as each of them struggles to keep up with classmates, family members, and ultimately coworkers.”

Although no amount of money can undo what has been done to the children of Jackson, the lawsuit’s importance should not be minimized. Lead poisoning cases must be pursued to hold negligent government officials and private companies accountable. Financial compensation awarded to the plaintiffs can help secure future medical care and special education needs, which will contribute to their future well-being.

Furthermore, negligent corporations and government entities often only learn a lesson when it is paid in a lawsuit, so the Jackson case could push other cities and companies to do more about fixing lead pipe problems before anyone else is hurt. With lead pipes still used to distribute drinking water throughout most American cities, it is more important than ever to encourage government officials and private water engineers to perform their duties properly to prevent lead contamination in drinking water.

To learn more about the Jackson lawsuit filed by Levy Konigsberg led by water crisis lawyer Attorney Corey Stern, you can click hereto read a full article from WLBT. You can also click here to view the full court filing. If you would like to speak to a member of Levy Konigsberg about a lead contamination case or lawsuit, then please use an online contact form at any time or dial (800) 315-3806.